“For those who like that sort of thing,” said Miss Brodie in her best Edinburgh voice, “that is the sort of thing they like.”

Just when you thought this site couldn’t get any more ageing hipster then along comes a page devoted to brewing gluten free beer. 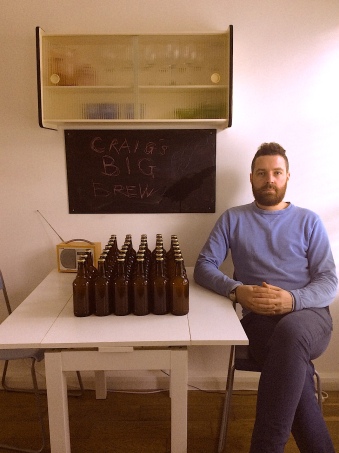 There are 3 main ingredients in beer: water, hops and barley. It’s barley that contains the gluten. When brewing gluten free beer white sorghum syrup acts as a substitute.

Inspiration initially came from Gluten Free How Brewing. Now fearless, I concoct my own recipes.

In honour of our local Tawny Owl, I present the Dulwich Owl IPA:

So what we got here? Let me decode the recipe for you.

There are essentially 3 ways to brew your own beer. There’s the ready made kits which you throw in a container and add some water.  There’s ‘full mash brewing’. This is how the commercial brewers manufacture beer.  Then there’s the third way: it’s called ‘extract brewing’.

The clue’s in the name and the beauty of this process is you can brew up  without shelling out for expensive equipment. You’re also free to experiment with fresh hops and speciality grains. It’s the hops that make a great beer.

I won’t go in to the finer detail of of all the kit. Just make sure you buy a big pot and two fermenters. Bring the water to the boil (tap water will suffice), add your syrup and any grains then return to the boil. It’s at this point you reach ‘hot break’. Start following a recipe, like the one above, adding hops as the timer winds down from 60 minutes.

Hot break action on the right:

After an hour take off the hob. Transfer your ‘wort’ to an ice laden sink. This is  a crucial bit. You need to try and cool the wort as quickly as possible while ensuring it doesn’t become infected with any foreign bodies. Sterilization is key to successful brewing.

Once chilled to below 28 C it’s time to pitch your yeast and rack:

Leave in a cool, dry place.

Cut to fourteen days later. Hire in a brewing assistant:

Leave for another two weeks. Then bingo. It’s time to open up shop: 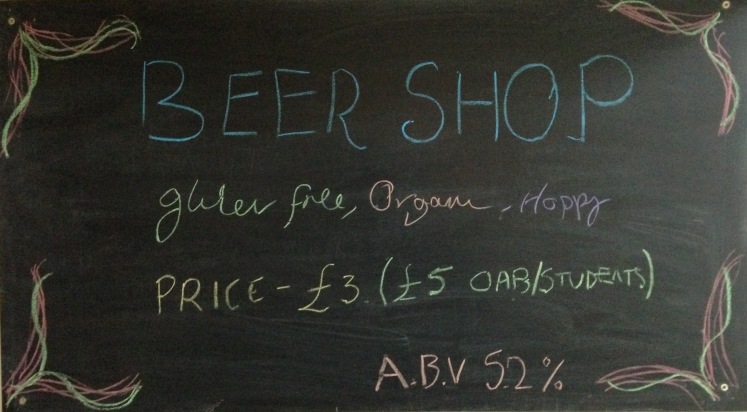